The Good of Pseudos Mythos in Plato and Film

Many have argued that Plato’s use of myth was at the service of assisting the non-philosophically minded to accept or understand the arguments advanced in the dialogues. While this may be an attractive theory, the following will reinforce the arguments advanced in previous research wherein Plato utilizes three different forms of myth—pseudos, kalos and eikōs mythos—in order to support all his readers, even the most astute intellects, into experiencing existentially rather than merely cognitively the content laid forth in the arguments. More precisely, the arguments of this paper will focus on the particular value psuedos mythos may have for Plato as well as for cinema-goers today. First the argument will unpack how a psuedos mythos, like Glaucon’s Ring of Gyges or Aristophanes’ myth of the split-aparts, invites readers/auditors to experience the dire temptation that Plato sees in certain worldviews, ones which strike the chord of an underlying existential desire haunting the core of what it means to be human. In his use of psuedos mythos, Plato is not advancing obviously false or shallow ways of life. Rather, he seems to recognize the gravitas or erotic pull of such stories, therein raising the stakes or highlighting a tension that exists in our souls. As such these myths do a kind of good. They invite us to accept the reality of discordant desires, the reality of an uneasy tension grounding the human condition so as to evidence that the choice to live a Platonic way of life is not easy, and not just because it is cognitively difficult to understand. Rather, it is also difficult to choose insofar as it involves turning away from the lives and worldviews that so many of us want to espouse or find ourselves desperately struggling against. We shall conclude with a thorough discussion of how this can help us navigate the same experience while watching films, discussing how sometimes a good film can teach us something valuable despite tempting us toward nihilism, narcissism or lives of deceit and double ignorance. As shall be argued, these stories may allow us to experience (or remember) the haunting draw toward darkness and shadows, suffering and self-destruction that looms in the souls of us all.

Danielle A. Layne is an Associate Professor of Philosophy at Gonzaga University, Director of Philosophy Graduate Program. Her areas of expertise and publishing are within the domain of Ancient Philosophy, particularly Plato and the later Platonic tradition, e.g. Proclus. 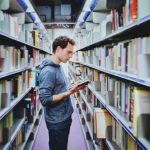